While European countries are taking extra measures to make online casinos safer for users and prevent problem gambling, things are taking a weird direction in Central Asia, where Uzbeks are complaining that they’re being encouraged and sometimes even forced to buy lottery tickets.

According to the Uzbek service of Radio Free Europe/Radio Liberty, Radio Ozodlik, citizens have been calling the radio to complain about the “Farovonlik” (Prosperity) lottery, which has become more and more aggressive.

Just to paint the full picture here, gambling in Uzbekistan is strictly forbidden. And Uzbek gambling laws go way beyond banning roulette and slots; they don’t even allow billiard, which is not even a casino game. But it looks like the lottery is an exception…

No ticket, no money!

According to a report by Russia’s Central Bank, about $6.6 billion were sent from Russia to Uzbekistan in 2013. This is because millions of Uzbeks have moved to Russia, as well as to other countries, to find work. All of these people are sending money back home to their families.

Agrobank is the only bank handling remittances in Uzbekistan. But lately, people have been phoning Ozodlik to complain that when they go to the bank to pick up the money sent from abroad, the bank makes them buy at least one lottery ticket, at a price of 5,000 soms. That is a little over $2.  A local from the Kokand area said this is how things have been going for the last five months. “Every time you go to get money you are obliged to get a lottery ticket,” he told reporters. “If you don’t buy a lottery ticket you don’t get money. We already have five tickets at home.”  While his family only make one trip to the bank every month, others receive money on a weekly basis or every 10 days. And every time, they have to purchase a lottery ticket too.

Lines at the bank tend to get very long, people say. One Uzbek citizen claimed he arrived at the bank early in the morning and had to wait until 4 pm to receive his money. When faced with the possibility of going home empty-handed, none of them refuse to pay for that lottery ticket.  When Radio Ozodlik contacted a representative of Agrobank, the man denied it: “Clients purchase lottery tickets as they wish. We have no instances of forced sales, and we have this under strict control.”  But local gambling news wrote one client complained about having to buy a lottery ticket and was immediately directed to the bank’s manager. “He told us a directive came from above that for every monetary transfer one lottery ticket needed to be sold,” the man told reporters.  And that’s not all. Even a person working for Agrobank, in the province of Andijon, said employees were forced to buy lottery tickets. The head of the bank denied these allegations and added that employees buy them “voluntarily” and even invite their relatives to do the same.

In mosques and schools too

But the bank is not the only one promoting the lottery. People living in the village of Poloson said they gathered for Namaz at the local mosque only to find that, when prayers and the service were over, the imam advised them to buy lottery tickets. One of the prizes offered, a car, was parked right outside the mosque.  Teachers in the provinces of Khwarezm and Bukhara also told the radio that they were forced to play the lottery. Sometimes, they said, they’ve even been given tickets instead of their monthly salaries.  The Uzbek lottery has to sell 10 million tickets. The country has a population of 30 million, with 4 to 8 million working abroad. A rough calculation shows there is one ticket for every 2.5 people, and so it becomes clear why officials are pushing so hard.  The winning numbers should be announced in December, with prizes including 40 new cars. But while few of those buyers could afford to get new cars, it is still unethical to force people to play the lottery against their will. 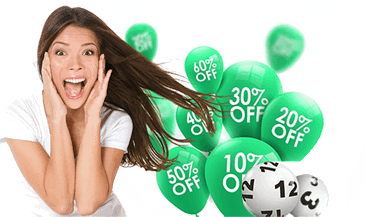